“Joan” Female Hair Transplant Patient
After many years of struggling with hair loss, Joan visited Dr. Bauman for an evaluation and consultation.  Good quality donor hair and appropriate expectations make her a good candidate for a multi-therapy hair restoration regimen.   Her treatment plan included hair transplantation and minoxidil.   Joan underwent a single session of transplantation of more than 1700 follicular-unit micrografts into the frontal one-half of her scalp.  The ‘results’ are shown 12 months following her procedure*.   Joan’s hair loss ‘story’ was featured in the New York Times and in the National Hair Journal.    Since her story ‘went public,’ Joan has become an advocate for women with hair loss and today’s modern hair restoration physicians and their results-oriented therapies.Click on each photo for a higher-quality version, if desired. 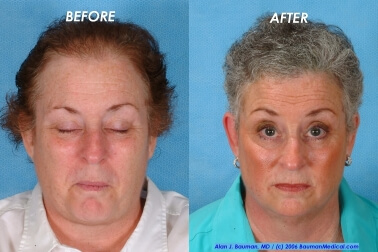 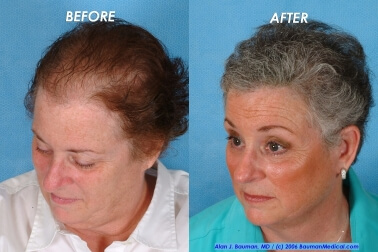 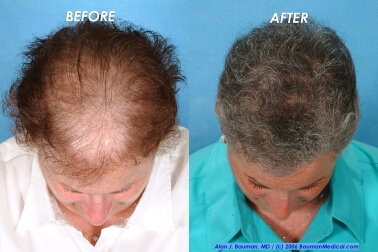 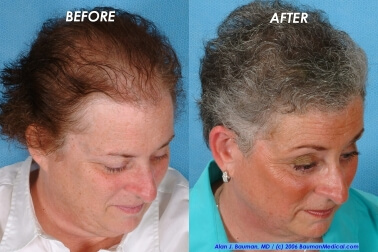 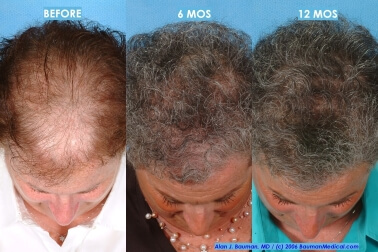 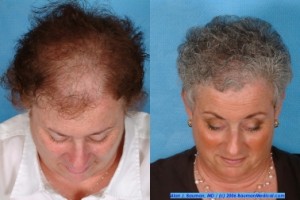 THE NEW YORK TIMES
“When It’s Hair, You Can Be Too Thin“

As Joan Denton flipped through her son’s wedding album two years ago, something caught her eye, and it wasn’t the beaming groom or the radiant bride. It was the sight of her own scalp. “I realized I could see through my hair to the top of my head a little bit,” said Ms. Denton, 59 , of Eatontown, N.J.
Since then Ms. Denton has invested thousands of dollars in pills, potions, gels, hair powders and special shampoos in an attempt to preserve, fatten and fluff up her hair. “But it just kept getting thinner,” she said. “I felt horrible about myself – ugly.”
Her experience is hardly unique. An estimated 30 million women – about one in five – suffer from female-pattern hair loss, according to the Women’s Institute for Fine and Thinning Hair, an organization sponsored by Pfizer, the maker of Rogaine for men and women. Millions more suffer hair loss caused by compulsive hair pulling or by wearing tight braids, ponytails and other styles that tug at the scalp.
Women are still not as likely as men to be troubled by thinning hair; as many as one in two men lose their hair by the age of 50. And their loss is rarely as obvious as men’s bald crowns. Women’s hair thins over the entire head. Still, this thinning can be noticeable. It raises the risk of sunburn and even skin cancer on the scalp. And it is a source of great anxiety.
“Hair is like our security blanket,” said Felicia Milewicz, the beauty director of Glamour, who said that thinning hair is a common complaint voiced by readers. “Without hair we feel totally exposed. It’s like standing naked in front of the entire world.”
Women have long suffered in silence, resorting to wigs and scarves to conceal their sparse locks. But they are increasingly coming forward to ask for remedies, doctors and salon owners say. As new medical treatments have boosted standards of perfection for every part of the face – whiter teeth, smoother skin, wider eyes – women may be less willing to tolerate thinning hair. And, said Dr. Alan J. Bauman, a hair transplant surgeon and founder of the Bauman Medical Group, in Boca Raton, Fla., women are increasingly aware that topical medicines, hair transplants and laser treatments designed for men can help them, too… 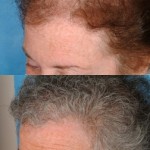 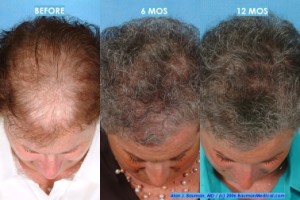 www.flickr.com what is this? 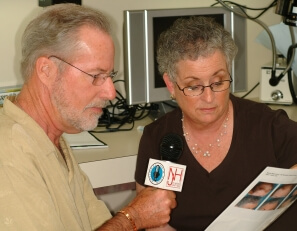 Joan Denton is discussing with John Vincent (a reporter from the National Hair Journal) the results she has observed since her hair transplant procedure performed by Dr. Bauman.   Joan was featured in a NY Times article in September 2005 on Female Pattern Hair Loss. 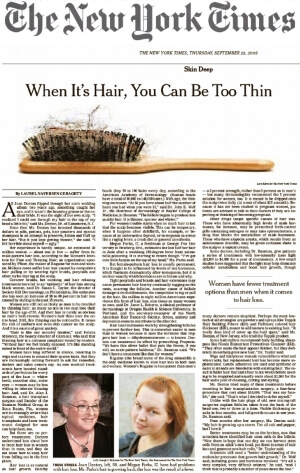 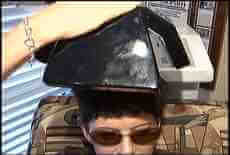 Tampa Bay/BayNews9–Melissa Eichman, reporting: “Forty million American women suffer from hair loss. Women losing their hair say it’s a traumatic experience and they will try just about anything to cover their bald spots. Hair loss patient Janet Cooper is trying laser therapy. The treatments are designed to slow, stop and possibly reverse hair loss. Dr. Alan Bauman withBauman Medical Group in Baca Raton, Fla., says the therapy can be used alone or in combination with other hair loss treatments.Sixty-year-old Joan Denton says she started losing her hair in her twenties and got a hair transplant more than a year ago. Dr. Alan Bauman specializes in advanced hair restoration techniques for women and men that allow the patient to regrow their own hair. Denton and Cooper say it’s tough losing their hair in a society where they feel it’s not acceptable for women to be bald.”